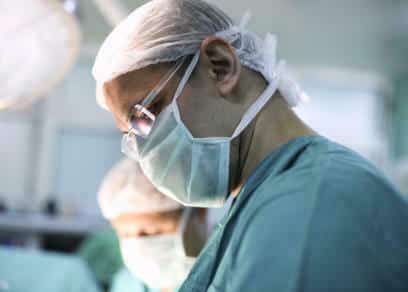 Woman had right kidney removed after medical mistakes were made and surgeons failed to inform her of risks involved with a procedure they carried out at Barking, Havering and Redbridge University Hospital.

A 59 year old woman with a history of abdominal symptoms and surgery, was given an inappropriate exploratory laparotomy procedure by medics at Barking, Havering and Redbridge University Hospitals NHS Trust. It was claimed that there was a failure to provide the woman with all the available treatment options and that conservative management would have been appropriate. It is also claimed that it would have resolved her problems. Instead, during the surgery there was damage caused to her ureter and she had to undergo further surgical procedures. All of this resulted in the loss of her right kidney.

As a result of the surgery, which could have been avoided, the woman lost her right kidney. She had a history of abdominal symptoms and surgery and had suffered with previous difficulties due to the presence of extensive adhesions. In the previous surgical procedure there was an explicit warning in her medical records advising against any further surgery and explaining that this would be very difficult. This wasn’t explained to the woman and she wasn’t made aware of this before the decision was taken to proceed to surgery.

“This is a case that once again emphasises the importance of patients being made fully aware of all treatment options available to them and the potential risks and benefits of each.”

This ended up being the key issue in the case as the surgeon who carried out the consent procedure and proceeded to surgery, did not make her aware of what it said in her notes. She was also not told about the extent of the damage to her uterer for months following the surgery. This has had a marked effect on how much she trusts the medical profession.

The woman had to have a nephrostomy (an artificial opening between the kidney and the skin) following the injury sustained in the surgery. She had to have this in place for three years and suffered with recurrent loin pain and infections. She then had to undergo a right nephrectomy –removal of the kidney.

The woman was awarded £40,000 which included damages for injuries and losses.

Andrew Hesketh, medical negligence solicitor at Patient Claim Line, said: “This is a case that once again emphasises the importance of patients being made fully aware of all treatment options available to them and the potential risks and benefits of each, so that they may make a fully informed decision as to what treatment they wish to have, rather than the medical profession continuing to take a paternal approach.

“The client in this case was very wary and sceptical about having surgery, and had she been made aware of the previous entries in her records warning against further surgery, would not have wanted to proceed – which our expert confirmed is a course of action that, ultimately, was likely to avoided her losing her right kidney, as was the case here.”