Pensioner has leg amputated after missed diagnosis of gangrene

Leg amputation for pensioner after a series of errors

Leg amputation for pensioner after a series of errors 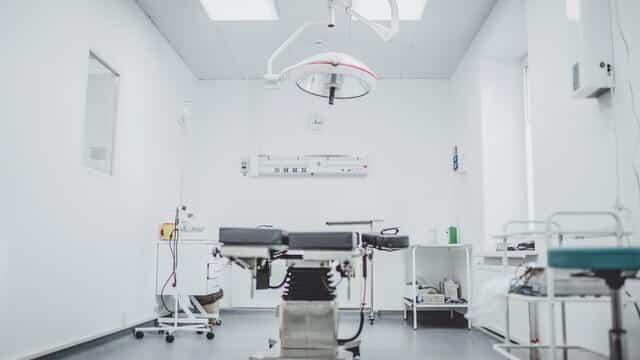 An 82-year-old man has received a settlement from Southport Hospital after his leg needed amputating after initially being referred to a clinic for foot ulcers. In 2010, the gentleman underwent a bilateral femoral arterectomy and a left femoral endarterectomy and angioplasty later that year – operations designed to clear blockages from the artery in the groin area.

In November 2015, he began suffering pain in his middle right toe and attended Southport’s podiatry clinic. The toe became ulterated and he attended the practice twice in December of the same year to have it cleaned and dressed. The pain in the toe became progressively worse and later that month, the clinic advised that the toe had become necrotic (where the tissue had died) and that he would be referred to the high-risk foot clinic.

Attending the clinic for dressing appointments on a weekly basis, the ulcers and the pain at this time were clearly progressing.

In February 2016, the man attended the vascular clinic at Southport Hospital and was informed that he had gangrene. He was administered morphine and had the foot dressed twice a week. He was then referred to Royal Liverpool Hospital, where he received the devastating news that his leg could not be saved and he would have to undergo an above-the-knee amputation of his right leg.

Furthermore, the claimant was diabetic which is important when it comes to foot ulcers. Diabetics can lead to serious complications, as it did here, and can prevent the healing process.

Following his leg amputation, the claimant now suffers from phantom limb pain, which affects his sleep and takes medication to ease this. He suffers from a lack of taste and smell and a speech impediment due to the possibility of a peri-operative stroke. He is also wheelchair bound after his amputation and requires daily assistance.

Prior to the amputation, the claimant led an active lifestyle, attending the gym up to five times a week. He is now housebound, relying on the help of family and friends to keep him socially active. He was used to enjoying three holidays a year, which is something he has been unable to do since the amputation.

The claimant provided instructions to Patient Claim Line as he believed that the alleged negligence at Southport Centre for Health and Wellbeing had been instrumental in the eventual need for leg amputation. Failure to diagnose the gangrenous toe caused it to spread further up the leg, which resulted in amputation – an operation that would not have been required with an earlier diagnosis.

His settlement will now allow him to rebuild his life and develop a new routine.