Parents receive settlement after baby dies at one week old 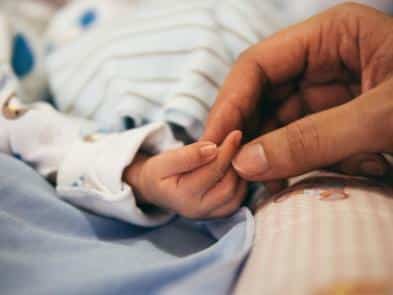 The parents of a baby boy who passed away at Lancashire Teaching Hospitals NHS Trust, one week after birth, have received a £30,000 settlement.

It was concluded that the cause of death was from severe brain damage, Hypoxic Ischaemic Encephalopathy, which occurs when an infant’s brain doesn’t receive enough oxygen and blood.

This case shines a light on every parents’ worst nightmare; something going catastrophically wrong during childbirth. After going through unimaginable pain, the parents believe the Trust closed ranks on what happened.

Understandably, they needed help to understand and come to terms with everything.

Overall, the parent’s case was against the standard of antenatal care provided during labour.

Consequently, they believe had Baby A been born 24 hours earlier, on the balance of probabilities, the insult that caused the brain damage might not have happened.

The case also argued that the CTG traces taken prior to Baby A’s birth were abnormal and suggestive of a pre-existing injury.

A CTG (cardiotocography) trace is a technical means of recording the fetal heartbeat and any uterine contractions during pregnancy and childbirth. The CTG recording is presented as a graphical “trace” and is used by obstetricians, gynaecologists and midwives in evaluating if there is any sign of fetal compromise or distress.

The medical experts instructed to determine liability reported the CTG traces following the mother’s admission to Hospital, and in particular on the day of her admission, were not as reassuring as the Trust suggested and recorded in their notes.

Furthermore, the experts also believe they were misinterpreted.

The baseline Fetal heart rate, the variability in the beats per minute, and the lack of accelerations and presence of shallow deceleration on the trace results were indicative of this showing an “abnormal” trace.

Also, such results should have prompted an emergency caesarean section delivery at that stage.

In conclusion to the case, Andrew said “This case was as much about providing answers and helping the parents to come to terms with what had happened, as it was about getting some form of justice for their son.”