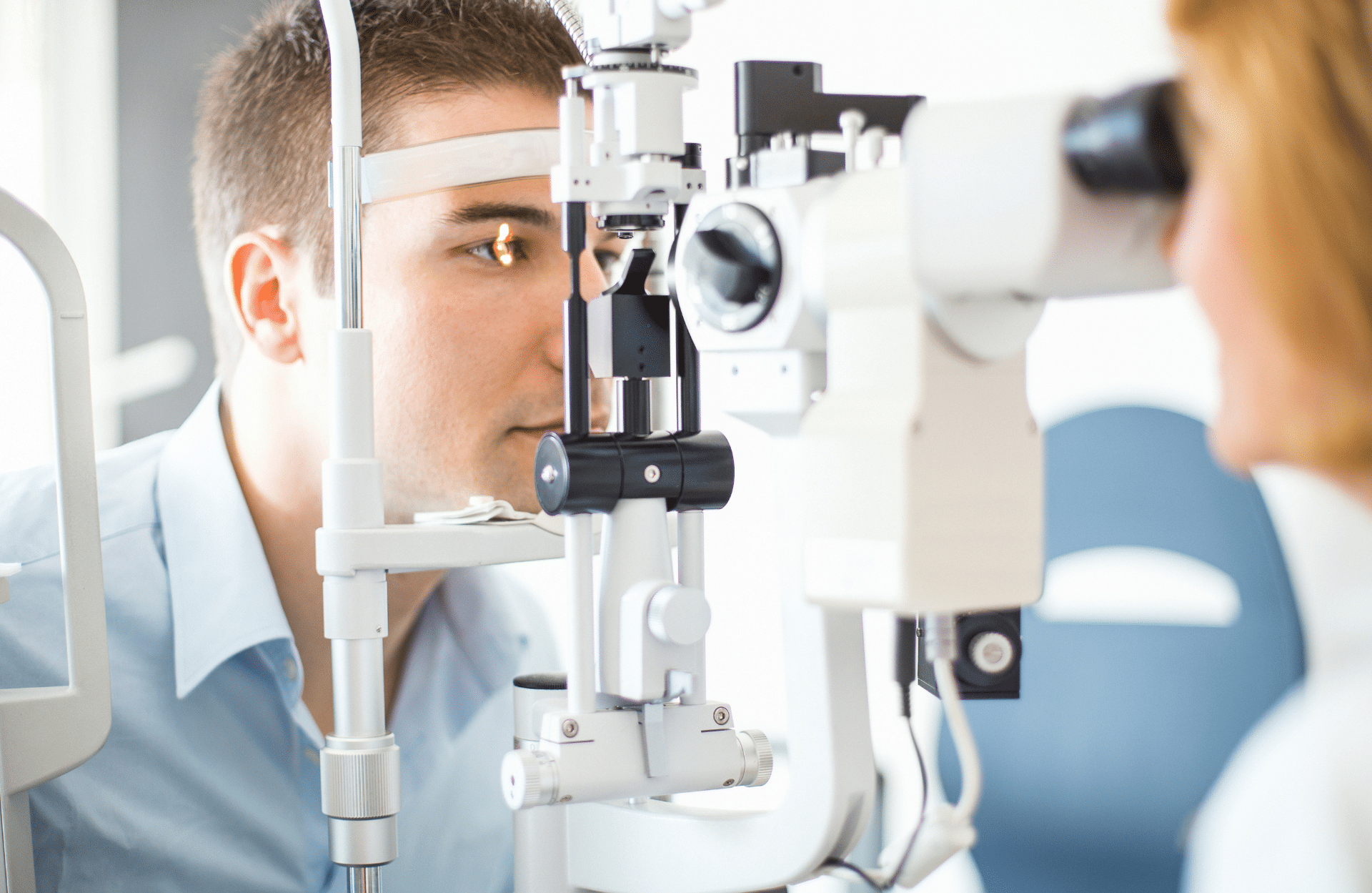 In May 2017, our client, who was 46 at the time, was seen in the Eye Casualty Clinic at the Surrey and Sussex Healthcare NHS Trust.

Blood leaking into the retina and damage to the retina itself as a result of diabetes in the right eye were identified.

Following this identification, urgent laser treatment on the right eye was proposed with a review in two to three months.

An appointment for laser treatment was arranged for July 2017. Later, it was found that the retina was also damaged in their left eye (proliferative diabetic retinopathy), with significant loss of vision in the right eye.

Our client had extensive pre-retinal haemorrhages along with vitreous haemorrhages (when the eye fills with gel), especially in the right eye. There were areas of vascular occlusions (when blood is unable to pass through a blood vessel) which were noted to limit his visual prognosis in the long run.

In the left eye, he had vitreous haemorrhage with neovascularisation at the disc (new abnormal blood vessels forming in the retina) were also found.

He then underwent pan retinal photo coagulation to both eyes in July 2017 and further treatment to the left eye in August 2017. In October 2017, he underwent repair of retinal detachment and treatment of retinopathy in the right eye. Further laser panretinal photocoagulation was carried out in November and December 2017.

He sadly died of non-negligent causes in February 2019.

Following his passing, his wife decided to make a claim on his behalf and instructed medical negligence expert Sophie McGarry, a litigation executive at Fletchers Group, to deal with the case.

Had an appointment been provided within two weeks, the client would have initially undergone laser panretinal photocoagulation to the right eye, as was later performed in July 2017. He would have continued to be reviewed at intervals, receiving laser treatment to both eyes. This eventually occurred.

This would have meant that the need for surgical repair of the retinal detachment would have been avoided. With earlier laser treatment, they would have maintained better, reasonably functional vision in each eye with improved prognosis.

As a result of the defendant’s negligence, our client suffered loss of vision in both of his eyes for the remainder of his life. This meant that he struggled with his balance and would suffer from falls.

In addition to this, he could no longer go to the gym, go for walks, do the shopping, play with his grandchildren, cook, drive or read – many of the things we take for granted.

This meant that he became dependent on his wife and was unable to enjoy his life as he previously did. He did not leave the house unless someone accompanied him, this was due to his fear of falling. The negligence also affected him psychologically, and he lived in fear of living without his eyesight.

The case was settled after the defendant admitted liability of the negligence and our client was awarded £30,000 in compensation. Of course, no amount of money could ever recover what was lost due to negligence and that our client spent his last months of life scared and vulnerable without his vision. The most important factor in the claim for our client’s wife was to get answers and getting the defendant to admit their faults.

Sophie McGarry said: “I hope that the compensation my client has received provides some form of recognition of the failure in this case and will assist her in moving on from this ordeal. I am delighted that we achieved an appropriate damages settlement and I wish my client and her family all the best for the future.”