Our advice following reports of unethical retention of bone samples

Our advice following reports of unethical retention of bone samples 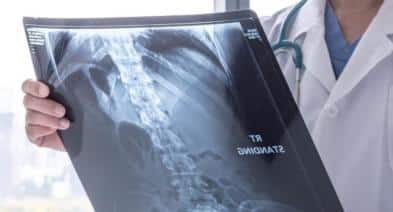 Reports have recently surfaced of a Birmingham-based surgeon who allegedly collected and stored the bones of more than 5,000 patients over 25 years. Mr Derek McMinn has been suspended from Edgbaston Hospital in Birmingham following the allegation.

The orthopaedic surgeon is famed for inventing a hip resurfacing procedure once used on tennis player Sir Andy Murray but now stands accused of breaching the Human Tissue Act by keeping the bones of patients that he had operated on without appropriate consent.

Further reports also state that Mr McMinn operated on patients who were dangerously sedated, in order to carry out their procedures simultaneously. He and his two anaesthetists at the hospital have been accused of putting “income before patient safety”.

Our Head of Medical Negligence, Christian Beadell, is urging those who fear they may be affected to come forward:

“It is shocking that a surgeon of Mr McMinn’s stature has been linked with the inappropriate and unethical retention of his patient’s bones or tissue without their consent. This has echoes of the Organ Retention scandal and I am sure will cause immense concern amongst those who have previously been treated by him.

“The emotional impacts of his actions, if proven to be true, could be far reaching and should not be underestimated. Events such as these can trigger severe psychological symptoms and we would call upon and the Human Tissue Authority to investigate this swiftly and disclose the results of their findings as soon as possible to alleviate the patient’s concerns. This must be a transparent and open process. We would also advise anyone concerned about how Mr McMinn’s alleged actions may have impacted them, to seek legal advice with our specialist teams.”