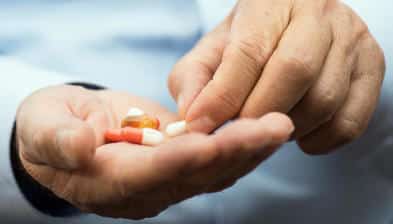 A 94-year-old man has been awarded £4,100 after being prescribed double his usual dose of medication that led to six months of pain and suffering.

Bernard Miller, 94 from Nottingham, was already on a repeat prescription of 50mg Flecainide to treat paroxysmal atrial fibrillation (a rapid and erratic heart rate) when his pharmacist provided him with 100mg instead.

The incorrect intake of medication resulted in the Claimant suffering approximately six months of avoidable pain, suffering and loss of amenity after he was hospitalised and treated. He also suffered urinary retention, a chest infection and overall general debility which he took several months to recover from.

The incident was reported to NHS Improvement’s National Reporting and Learning System and it was admitted that there was an incorrect dispensing error that resulted in Mr Miller being admitted to hospital.

Patient Claim Line’s Medical Negligence Solicitor, Hannah Ashcroft who successfully assisted in bringing the case to a successful conclusion said: “Whilst it initially appeared that this case led to a short period of pain and suffering during Mr Miller’s period of hospitalisation, we successfully argued for a longer period of pain and suffering due to the overall debilitating effect the overdose and subsequent hospitalisation had on Mr Miller to maximise his compensation for the incident.

We are pleased that Mr Miller is now back to his previous health and wish him all the best in the future with his compensation. Mr Miller has indicated he intends to donate some of his compensation to his GP surgery to enable them to purchase some new equipment, a very admirable deed”.

Mr Miller commenced the tablets on 17th December 2017 when soon after he started to experience symptoms of diuresis, shortness of breath, faintness and high blood pressure.

On 28th December 2017, Mr Miller was admitted to hospital by ambulance feeling dizzy, having suffered tremors and was feeling short of breath on walking across the room when he could usually walk a mile with no problems.

It was identified that the Claimant had been taking Flecainide 100mg BD for 12 days instead of Flecainide 50mg BD.

Upon admission to hospital, Mr Miller experienced a large drop in blood pressure on standing to a systolic of 60 and his blood tests showed low potassium.

Mr Miller was taken off Flecainide and prescribed Bisoprolol instead where he was then catheterised as he went into retention post-overdose.

Mr Miller also suffered a respiratory tract infection during his admission before being discharged from hospital on 5th January 2018.